Fukushima Radiation Releases DO Contribute to MASS DIE OFF

Scientists reveal details of unprecedented mass mortality on West Coast that began summer 2011 — “Many millions” of deaths before sea star wasting syndrome — Multiple species wiped out in days — Mortality rate of 99.99% over large region — “No documented event has been so severe”Enenews.com

This blog has been updated from last week (6/7/15) Updated material appears in yellow.

There has never been an event documented with the immensity of the Pacific coast die off which began in the summer of 2011...after the nuclear disaster in Fukushima, Japan. Initially tremendous amounts of radioactive materials were released into the Pacific ocean as the nuclear fuel rods melted down with temperatures above 5000 degrees Fahrenheit. The melted fuel soaked into the ground and contaminated the water  being poured from fireboats and from the tsunami. As it rains, more water is contaminated and leaks back into the seas. Tepco estimated two TRILLION becquerels of radiation may have flowed into the Fukushima power plant bay in the first  year.(1) During the ensuing days hydrogen gas was produced and huge explosions followed, blowing the plants to pieces and sending radioactive materials into the atmosphere to circle the world, to be breathed by all inhabitants, then be brought back to earth with the rains, settling in trees, cracks, dust, and once again entering the food and water chain. There is no known way to remove the melted fuel. 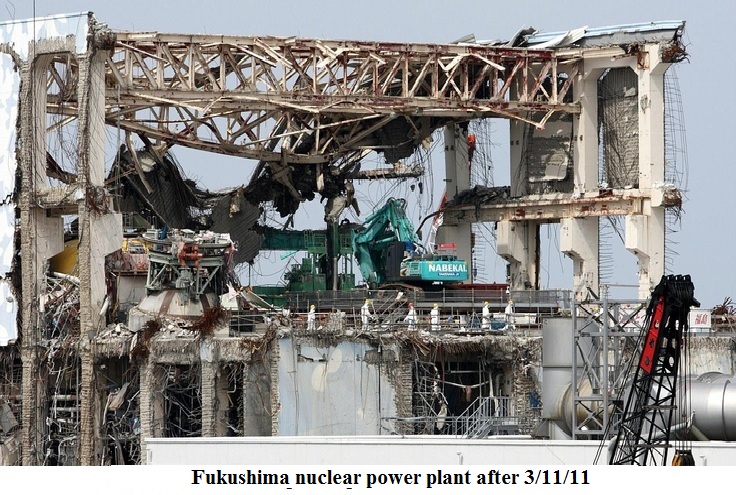 Testing of the ocean waters in certain spots reveals little contamination. But examination of a pod of 150  deceased dolphins washed up on a Japanese beach revealed bleached lung tissue which is indicative of radiation exposure. So perhaps there are hot spots, eddies and/or currents carrying radioactive particles. It has been said that ice has trapped fallen radioactive particles and when areas of ice melt there are radiation bursts released.

As radioactive elements break down heat is released. The ocean is noticeably warming. Carbon Dioxide is being released into the ocean from sea floor vents, perhaps from volcanic activity. That increases ocean ACIDIFICATION. But so does the release and breakdown of radioactive contaminants. It’s been over four years that hundreds of tons of radioactive water is being poured into the Pacific ocean EACH day from the Fukushima nuclear accident. And that’s not mentioning all the other nuclear facilities in the world that are leaking, venting secretly, or have abandoned nuclear materials into the ocean to get rid of them.  The acidification state favors the algae blooms that choke off oxygen and the algae releases toxins which kill marine organisms. But acidification is the start of this process leading to death. 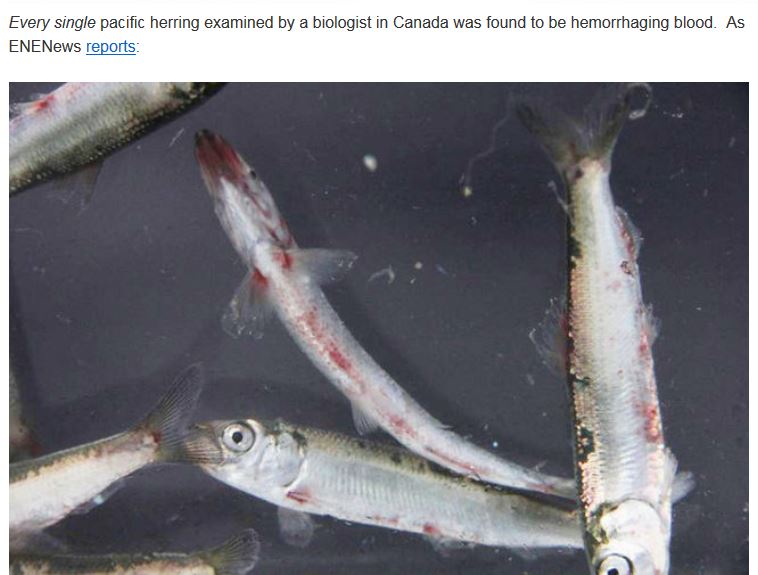 Furthermore scientists state we can swim in the Pacific without harm so we are not to be concerned. However a human taking a swim is different than a sea animal or plant being immersed totally in a polluted ocean 24 hours a day. Year after year. One celled plants and animals form the basis of the food chain. They are not protected by skin or an outside skeleton. The ocean water and its pollution are the world in which these one cell organisms exist.When they are killed off by pollution all the other animals that depend on these tiny organisms do not have enough food. The die off begins on all levels.

In addition to lack of food, marine sealife, even those who breathe air instead of having gills or other mechanisms to obtain oxygen from the sea, have the polluted salt water flowing through their bodies constantly. There is intake for hydration, polluted water flowing through their digestive tracks, and if they have gills or like structures - constantly having the acidified and radioactive water in their bodies providing oxygen for life.  That constant immersion in polluted water for breathing and eating and existing is far different than a human in a wet suit taking a sometime swim. 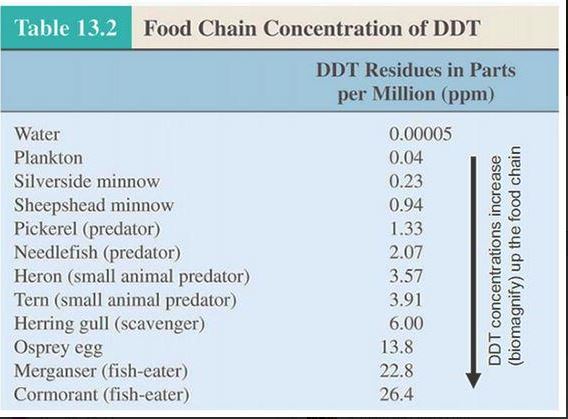 A recent paper was written by an environmental scientist regarding exposure to radiation from nuclear power plants. The study showed showed the incidence of breast cancer was five times higher downwind from the WelshTrawsfynydd Nuclear Power Station than would have been expected. Nuclear waste from the plant had been discharged into its adjacent lake. Those people in the study who had eaten fish from the lake had double the expected cancer rate. (4)

Tuna are a wide-ranging fish, along with salmon and herring, and can swim back and forth between Japan and North America in a year. Salmon and herring have declined in population dramatically. The Canada Food Inspection Agency says it now relies on Japan for test results concerning radiation. American authorities aren’t testing fish for radioactivity either. But it is obvious that these fish are being exposed to the radioactive materials dumped into the ocean from the Fukushima disaster. (5) 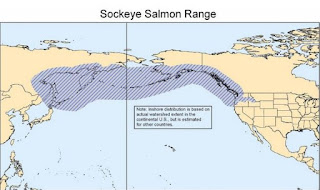 When cancer victims have chemotheraphy or radiation treatment, their immune systems are frequently damaged and they are more susceptible to infections, disease, etc. It is now being proposed that animals coming into prolonged contact with radioactive pollution, such as the Pacific Ocean, are dying because their immune systems cannot fight off infection. So while it cannot be proven that radiation was the cause of death - it would seem to be a contributing cause. Certainly there has never been an event documented such as is happening now in the Pacific Ocean.

Please support the petition to the United Nations: Acknowledge there is a world problem and take over the cleanup and containment of the Fukushima, Japan, nuclear catastrophe in order for it to be done properly and timely without further radioactive materials dumped into the Pacific or world.

Visit http://www.barbarabillig.com to support the petition and further nuclear awareness