WHAT'S UP WITH NUCLEAR? Have we made any mistakes?

WHAT'S UP WITH NUCLEAR?
Have we made any mistakes? 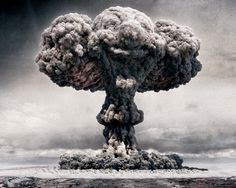 June 16, 1945:Our world’s most Ominous anniversary: On This Day 68 Years Ago the Nuclear Age began when the U.S. Detonated The First Atomic Bomb in what is now called Trinity, New Mexico. Subsequently on August 6, 1945, the US bombed Hiroshima, Japan, with an atomic bomb in an effort to end World War II. Three days after the Hiroshima bombing, another atomic bomb, called the “Fat Man” killed 73,000 and injured 74,000 people in Nagasaki leading to the surrender of Japan & the end of the war.

Pacific islands surrounded a deep sapphire lagoon, Enewetak coral atoll was a beautiful place to launch the world's first hydrogen bomb. Between 1948 & 1958, 43 weapons exploded over it. Among these was Ivy Mike, a world-first hydrogen bomb, 500 times bigger than Hiroshima’s Little Boy, that destroyed the entire island of Elugelab. By the time testing ceased, the entire atoll was highly radioactive, its reefs and islands dotted with craters that each measured several hundred feet in diameter. 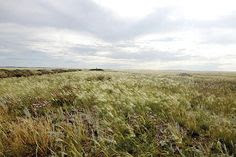 SEMIPALATINSK, KAZAKHSTAN: The Soviets detonated their first nuclear device here. Anastacia Kyseleva saw her first atomic mushroom cloud from the fields near her village. Soldiers came and ordered everyone outside – a move experts now suspect was made to protect residents from potential house collapses. "It looked like a sunset," says Ms. Kyseleva. Some stood frozen, staring; others ran toward the bomb. "Those people who followed it, they either died or they couldn't walk afterwards." 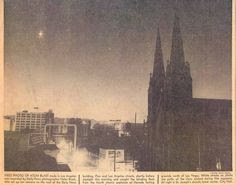 Feb. 1, 1951 Helen Bush Jenkins set up her camera on a Los Angeles rooftop in the darkness. The picture captured an atomic test blast in Nevada. The sky went from pitch black to daylight then back to black again. 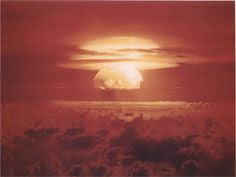 The Castle Bravo test created the worst radiological disaster in the United States' testing history. Bikini Atoll, Marshall Islands, 1 March 1954. yielded 15 megatons and was the largest nuclear weapon ever detonated by the United States. By accident, the inhabited atolls of Rongelap, Rongerik and Utirik were contaminated with radioactive fallout, as was the Japanese fishing trawler Lucky Dragon. The controversy over radioactive fallout from testing activities caused great international concern. 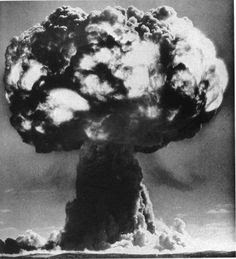 Operation Mosaic G2-19 June 1956 -Monte Bello Islands, Australia. Yield: 98 kt This was the highest yield test ever conducted in Australia. Since the test yield broke an assurance made personally by PM Anthony Eden of the UK to PM Robert Menzies of Australia that the yield would not exceed 2.5 time that of Hurricane (thus about 62 kt), the true yield was concealed until 1984.


The H bomb was not clean. It delivered large amounts of fallout capable of immediate harm hundreds of miles from blast point. That the United Kingdom should continue with the pre 1954 mythology (the myth that H bombs are clean) in the modern courts is incomprehensible. The British weapons used in Australia astonished the US monitoring crews with their dirtiness. 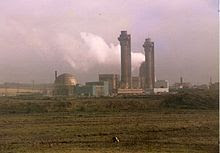 Originally named Windscale, Cumberland (now Sellafield, Cumbria) this is the site of the worst nuclear accident in Great Britain's history. It was ranked in severity at level 5 on the 7-point International Nuclear Event Scale. The nuclear core reaction erupted into a severe fire, totally damaged the reactor, & released radiation into the surroundings. After more than 50 years the radiation levels have subsided & the government will attempt to dismantle this nuclear plant. 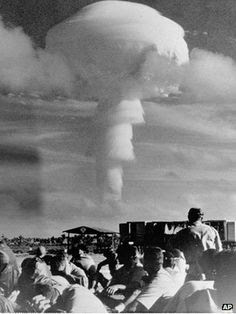 In 1957, the British military began conducting nuclear tests in the Pacific Ocean and based themselves on Christmas Island. The tests ended six years later and parts of the island were sealed off for decades. in this 1962 test you see the spectators watching. (???) 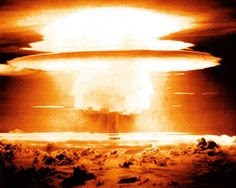 1957:Mayak Nuclear Plant is one of the biggest nuclear facilities in the Russian Federation. The facility has experienced 20 or more accidents affecting at least half a million people in the past 45 years. On 29th September, 1957, the failure of the cooling system for a tank storing thousands of tons of nuclear waste resulted in a chemical explosion having a force estimated at about 75 tons of TNT. This released radioactivity over 15,000 sq. miles. A large area was left barren and unusable. 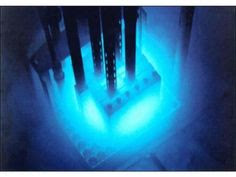 1961, a nuclear plant 40 mi from Idaho Falls underwent the first reactor core meltdown in American history, & the only failure that ever directly killed anyone. Jack Bynes & Richard Legg were killed on-site (Legg was pinned to a ceiling by flying metal), & Richard McKinley died shortly after. The event was instrumental in tightening procedures for nuclear energy production. The reactor’s central control rod had been raised close to twice what would be expected to cause a meltdown – by whom? 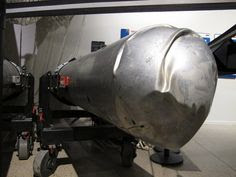 1966. A B-52 bomber carrying 4 nuclear weapons dropped them in Spain on the southern Mediterranean Coast after a midair collision from a routine refueling. Seven American crewmen were killed. 2 of the bombs hit the ground and ruptured, leaving a large area dangerously contaminated. One stayed intact, & the final one landed in the Mediterranean. The international incident led to the banning of all American nuclear cargo over Spanish airspace. The cleanup really never got done. 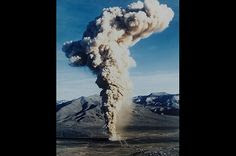 Yucca Flat, December 18. 1970 After the Baneberry test, involving the detonation of a 10 kiloton nuclear device underneath Yucca Flat in Nevada, the plug sealing the shaft from the surface failed and radioactive debris vented into the atmosphere. Eighty six workers at the site were exposed to radiation. 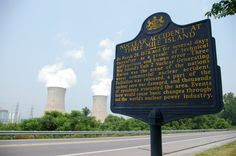 Three Mile Island near Harrisburg, Pa. On March 28, 1979,the worst nuclear disaster in U.S. history shook the nation to its core.The island is home to 2 nuclear reactors. One of them continues to function & deliver power. The second one has not been run again since that day when a few malfunctions & a series of human errors resulted in a partial nuclear meltdown. About 20 tons of radioactive uranium spilled out of the reactor core and almost burned through the five-inch thick steel floor. K-431 Chazhma Bay, August 10. 1985 During refuelling in Vladivostok, Russia, the Echo II class submarine (like the one seen above) suffered an explosion, sending a radioactive cloud of gas into the air. Ten sailors were killed in the incident and 49 people were observed to have radiation injuries. 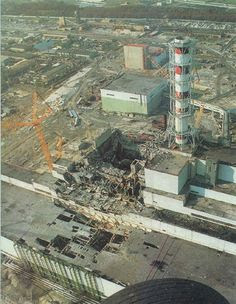 The Chernobyl disaster was a catastrophic nuclear accident that occurred on 26 April 1986 at the Chernobyl Nuclear Power Plant in Ukraine (Ukrainian SSR), which was under the jurisdiction of Moscow. An explosion and fire released large quantities of radioactive contamination into the atmosphere, which spread over Western USSR and Europe. It is considered the worst nuclear power accident in history, and is one of only two classified as a level 7 event on the International Nuclear Event Scale. 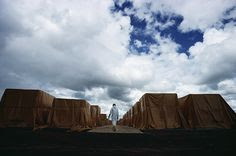 Goiania Accident, September 13, 87 More than 240 people were exposed to radiation when a junkyard dealer in Goiania, Brazil, broke open an abandoned radiation therapy machine & removed a small highly radioactive cake of cesium chloride. Children, attracted to the bright blue of the radioactive material, touched it & rubbed it on their skin, resulting in the contamination of several city blocks which had to be demolished. www.time.com/... 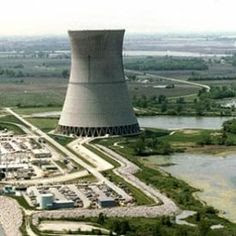 The Davis-Besse nuclear generating station in Ohio, where a football-size hole overlooked by NRC inspectors nearly caused a catastrophe in 2002 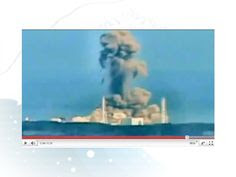 Picture of Fukushima nuclear catastrophe as the meltdown of the reactors begins. (Fairewinds) 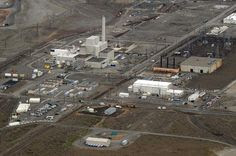 2013: Cleanup operations at the Western hemisphere's most contaminated nuclear site in Hanford, Washington. To build an atomic bomb during World War II, the US created the first-ever plutonium reactor. 68 years later,Hanford remains off limits because it has 53 million gallons of radioactive waste stored in aging tanks. With billions of dollars a year invested in cleanup, some 12,000 people work at Hanford, which at 586 square miles is twice the size of Singapore. Estimated 20 years to clean up. The original novel, a fictional story of suspense and terror, published in hardcover, predicted all that could possibly be coming. Now that Fukushima has occurred we see how dangerous these plants can be. This is an updated version. Get prepared for disaster survival! http://www.amazon.com/dp/B004WDRWXY