Petitioning the United Nations - Fighting Extinction of the World!

The petition to the United Nations to ACKNOWLEDGE there is a problem with Fukushima dumping radioactive water into the Pacific ocean - estimated 300 plus tons of it every day - has not progressed with the speed of light. 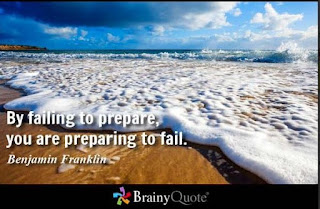 The petition to have non-profit status for the National Football league removed got over 500,000 signatures - and the NFL lost their non-profit status. Surely there is more interest in the effects of Fukushima radiation on the living inhabitants of the world than the NFL! 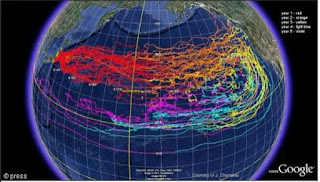 Japan has now declared their leaking radioactive water a national emergency. They are beginning to ask for help. The United Nations continues to keep its head buried in the sand, hoping this problem will go away. However, we do not want the world population and its plants and animals to go away with the problem. 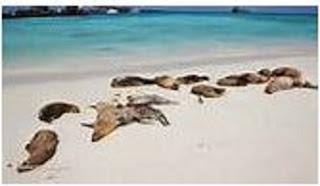 The IAEA has started a new study of Cesium in the Pacific Ocean near the Marshall Islands - a site of extensive nuclear testing when the atomic bombs were being developed. This is to be a benchmark for future studies of marine life. The United States contributed $400,000 to further this study. At least they are trying a small bit. But while a study such as this is a marker, it does not examine the more complex problem of what is causing the die off in the Pacific Ocean. If you read my previous blog, "Fukushima Radiation Releases DO Contribute to MASS DIE OFF", my opinion is that Fukushima is a contributing factor...and a big one that is not being contained. In fact, a study published July 13, 2015 of marine samples collected off Fukushima, all had radioactive ceasium present. (1)

Thus, the petition. There are lots of genius scientists in the world. However, where is the world symposium or gathering to share ideas and solutions? Where is a leader to coordinate the monitoring of information? Where is a group that would include antinuclear scientists as well as the pronuclear? The United Nations has had designated as one of its functions 'protecting the environment'. So far, their position seems to be coming from the pronuclear scientists who maintain nothing is wrong. 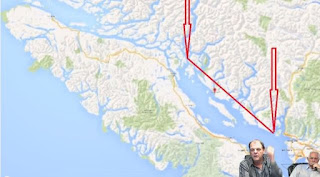 This video points out:

The entire 200 kilometers we checked of Canadian Pacific Coast Line was devoid of all life except 4 main species and they are very patchy and we a found several other species like limpets and snails etc in tiny insignificant spots never in groups."

We do not want this death of our oceans to spread!


Thank you to all the people who read my blogs, my twitter posts, facebook, google+. I do appreciate you and even dedicated my second novel, "#Betrayal" (set after the Fukushima nuclear catastrophe) to my social media supporters. BUT...there are THOUSANDS of you and the petition is not progressing in terms of signatures fast enough. I know it takes some time to go to the change.org site and they make you put in an email address, etc. Your information will not be sold or shared with anyone else. Your privacy will not be violated. If you wish you can enter an address c/o general delivery at your local post office. And if each 1000 people that signed contacted two other people then 3000 people would be on the petition. The new 2000 people could create 4000 additional signatures. Then the issue of the Fukushima nuclear disaster might gain status equal to the National Football league. 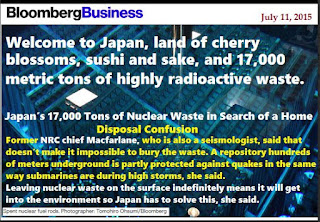 There are other petitions circulating asking TEPCO to take action or somehow addressing the dumping of this radioactive water from Fukushima into the Pacific Ocean. I have signed each and every one of them and would urge you to do so also. Unless we stand up and be heard, make government listen, we may not be here in later years to do so. Please sign the petition and ask two other people to do so also. Thank you so much!

(1) Cs-134/137 detected from all of the marine soil samples along Eastern Japan coastal area
http://twib.in/l/yn7M5zoLpeg